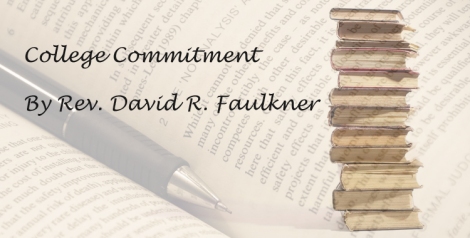 There is, or was, a debate among historians as to which has more impact on historical events, social and political trends or significant individuals. It is clear, for example, that the American Revolution would probably not have happened if, during the winter of 1774-75, the colonists, who had always thought their enemy was the English Parliament while George III was on their side, and who had adored the king, came to realize that the king and the Parliament (as directed by the king’s ministry) had one and the same policy. George III suddenly became very unpopular in the colonies, and revolution became not only possible, but inevitable.

On the other hand, if we take a careful look at the personalities and abilities of the politicians in the United States in 1860, one thing becomes clear. It is that among them, only Abraham Lincoln had the strength of character, the ability to grow and learn in office, and the self-effacing humor a man who needed to save the union had to have. A more self-regarding man could never have done what Lincoln did. He is, of course, not the only historical example. Washington also appears not only indispensable, but as he would have said, specially favored by Providence. I doubt there was a man in America who exposed himself to danger more, or who so often escaped death so narrowly. History often turns on the ability (or lack thereof) of one man.

Sometimes history can turn on a single event. I read a book some time ago whose many authors were giving reasons why particular battles were especially significant for history. The first of them held that Hezekiah’s victory over the Assyrians in 701 B.C., was absolutely pivotal because, had Judah been carried into exile at that time, the Jews would likely have lost their national identity. That is, after all, what happened to the northern tribes when the Assyrians carried them off. But when God destroyed the Assyrian army, Judah was given over a hundred years to create structures that enabled its people to hold on to their faith during the Babylonian exile, an exile much less severe than an Assyrian exile would have been. Without those developments, there could never have been Jesus.

Jonathan Sacks, the former Chief Rabbi of Great Britain, in his The Great Partnership, argues that Abraham was the most indispensable man who ever lived because he was the father of the three great monotheistic faiths, Judaism, Christianity and Islam. While Abraham is very important, and for just the reasons Sacks gives, other people and factors may be even more important. Without those other factors Judaism would likely have remained the faith of an obscure nation that made only feeble efforts to let the world know about the one true God.

The most pivotal factor in world history is a person. His name is Jesus and he was born in Palestine during the early years of the Roman Empire. If Abraham is the founder, Jesus is the Great Changer. We Christians would do well to emphasize the changes he brought about.

I recently wrote a letter (one I have not yet sent) to my nephew, who doesn’t believe in Jesus. In that letter I remarked that, whatever we think about Jesus, it is clear that something of immense significance happened in Palestine early in the first century A.D. It is not possible to doubt that Jesus lived. Sacks remarks that much of what he taught was common Jewish doctrine at the time. But it is his departures from that dogma that are remarkable. The great double parable of the lost boys (Luke 15:11ff) is a stunning example of this. No Jew could conceive of a God who did what that father did. Indeed for this and other masterpieces of the story-tellers art, Dr. Ken Bailey calls Jesus a literary genius without peer in the ancient world.

There were political effects of Jesus’ ministry as well. For example, there were Pharisees on the Sanhedrin. They knew what had been done to Jesus. They also believed in the resurrection. So, when faced with irrefutable evidence that a resurrection had taken place, those Pharisees were in a quandary. In Acts, Luke tells us that a large number of Pharisees believed. Some estimate the number of believing Pharisees at about three thousand. Considering that there were only about six thousand Pharisees in all, Christianity destroyed them as a political force. Their demise left the field open to the more radical forces of the far right, represented by the Zealots, and led directly to the Jewish revolt (66-73 A.D.) That led, in turn to the destruction of Jerusalem and its temple.

But the biggest revolution of all was in Jesus’ declaration that the new faith should be proclaimed to everybody. Judaism saw itself as a national faith and so, by and large, did not proselytize. But winning converts was the essence of Christianity. The biggest change was in the disciples. For a group of men to create a new religion, then go and risk their lives to promulgate it is unthinkable unless they already possessed a powerful conviction that it was true. Jesus had given them this conviction, both by his teaching and by his death and resurrection. Without those two events it is impossible to conceive of Christianity being anything but a passing fad. But because the disciples knew they had happened, and understood what they meant for all of us, they went out and changed the world.

Jesus, then, is the pivot point of history. We should not be surprised by this, given that we have seen how often history turned on the life and work of one man. His effect upon the whole course of world events has been so profound that it takes an act of will not to believe in him. By the time you read this the Christmas decorations will be going up. We celebrate his birth both because his coming was pivotal to human history, and his coming into our own lives is pivotal for us. It makes all the difference in the world. We must recognize and proclaim Jesus, the God-man, as the Savior, the most important man who ever lived.