STERLING KANSAS: 10:31 Life Ministries it’s entering its fifth year of ministry and as the magazine enters the second year of full time operation we are pleased to announce the myriad of new and old faces that will be joining us for this coming year. Returning this year are Evan Belk, Hannah Kelling, Bay Baker, Alexandria Broeker, Josh WIlliams & Jared Riemer. They will be joined by Rosemary Selking and Ashley Stanford of the We Care Foundation, Ashley also participated in the 10:31 Summer Cell which wrapped up August 30th, and this will be her first year as part of the Magazine writing team. Rosemary Selking will be taking the place of 10:31 Devotional Writer Sarah Slifer who stepped down at the end of the 2012/2013 season as the writer of the Faith Like a Mustard Seed Devotional. Ashley will continue to write a Poetry Column. Both Hannah Kelling and Evan Belk will return with new reflection and storytelling with Hannah’s new series being title The Road and Evan’s aptly named Story of My Life.

10:31 Life Ministries is still seeking to fill writers for the Confessions of a College Freshmen male & female articles as well as the fourth open devotional slot.

In other news 10:31 director of Media announced in August that she would be stepping down from both leadership and the writing team. Angel has served faithfully on the leadership team for the last year and a half and we wish her luck as she seeks to continue to get good grades in pursuit of her ministry degree.

Her departure does not mark the end of 10:31’s pursuits of a full time video production ministry. Instead we will take a step back this year and begin working on Audio Podcasts with the first one set to be released in October. With the release of 10:31 Director Jon Faulkner’s Demo on September 17th being the reason for the delay in the podcast release. The Podcasts will focus on theological issues such as Biblical Manhood and Marriage and will feature special guests from the Sterling College and 10:31 Writing family.

Dare to Believe – By Alexandria Broeker

Sticks and Stones – By Jared Reimer

Story of My Life – Evan Belk 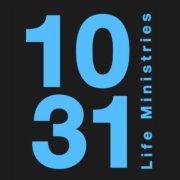