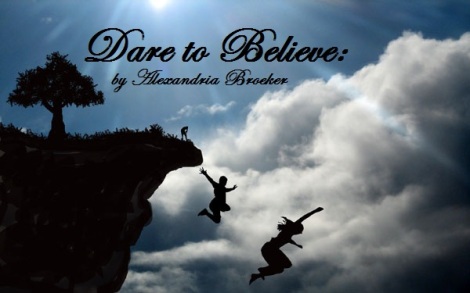 Did you know that everyone has a power so amazing that only a few know that they possess it? It’s contagious, and changes the emotions inside ourselves and others around us. It’s a powerful gift that I didn’t even know that I possessed until about two and a half years ago. I’m talking about the beautiful gift of a smile.

The summer before my senior year of high school I went to Buena Vista, Colorado to work as a server in the dining hall for a month at the Young Life camp Frontier Ranch. It was such a learning experience. I not only learned what Christian community looks like, how to rely on God as my strength, and how to be vulnerable with people, but I learned how impactful I could be without doing anything (or so it would seem).

God began to show me the beauty of this simple gift the first week that I was there. I can remember it just like it was yesterday. It was a cool brisk morning, and we were serving breakfast outside on the basketball court. Once everyone had gone through the lines, one of the adult guests came up to me and pulled me aside. He told me that he had enjoyed my enjoyment of last night’s club. He also went on to say that I had one of the most beautiful laughs he had ever heard, and smiles that he had ever seen. I have no idea who he was or what his name even is, but he brought my attention to something beautiful about me.

I began to smile more than I was (and I smiled a lot already… I’ve always been a smiley person) as I worked. It not only helped me make it through the long day (and I mean long), but it did even more. I had a very close connection with one particular girl who had sat at one of my tables the first day she was at camp. After that day she wasn’t ever at my table again, but I always went over and talked to her. I’d ask her how her day was going, and what she was doing. It didn’t occur to me how much of an impact I had on her until 10 minutes before she was leaving to go back home.

For those of you who don’t know, the last night of camp is when we invite all those who have accepted Christ to stand and declare it individually. My heart melted when I saw her stand up. From that point on I was emotional the rest of the night. As all the campers were saying their goodbyes, I was searching for her. Finally she found me, and came over to me. By this point I’m already an emotional wreck, and so is she. She gives me one of the biggest hugs that I’ve ever received, and we’re both crying. She tells me that she saved me for last because she knew that I would be the hardest to tell goodbye. Then she said something that I wasn’t expecting. She told me that I was one of the big reasons for her coming to Christ. She told me that it was my kindness and always present smile that gave her hope and the push to accept Christ. That’s the moment that I realized just how much a simple “Hi! How’s your day going?” accompanied with a smile can effect someone. God was able to use me to help change this girl’s life without me even knowing that He was.

As I look into the Bible about this gift I found a beautiful representation in the book of Genesis. In Genesis 33 Jacob and Esau make amends after years of hatred and bitterness. After an emotional greeting, Jacob expresses how much Esau’s smile and presence affected him in verse 10: “what a relief to see your friendly smile. It is like seeing the face of God!” Wow. That’s a big impact. How big of an impact are you willing to make? I dare you to smile more today, this week, this month, this year, and so on! You never know how many lives you will touch. Will you take the dare? Will you believe?