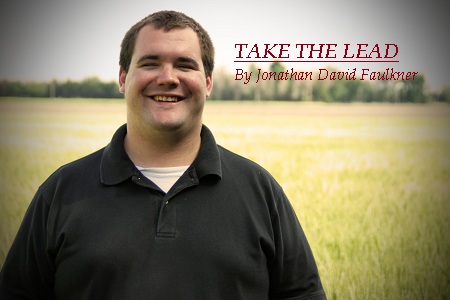 Stand Up for Your Team.

So, we’ve created out team, we’ve established them, given them a mission and the means to carry out that mission. Your team is prepared and growing together and they’ve stepped up to lead in their various areas. But something happens, say someone has something in their past that gets drug up, such as, alcoholism or some other destructive or sinful habit that they have since repented of. The mockers come, they try to destroy the credibility of your team member and of your organization.

With any new, or even older ministry there is going to come adversity. In the situation above remember, you’ve already discerned this person to be “Above Reproach” and have peace about your decision. You have already determined that this person is a good person to have around, or in the case of a firing, not good to have around. As leaders we have to stand by our decision, we can’t be blown around by the influences of others, in a leadership position the only things that should influence your decision after it has been made is prayer and scripture, and the discernment of others. You should not listen to “empty talkers” (Titus 1:10).

This is especially important if you have someone on your team with a relatively dark pre-salvation life. It’s those that God has called out of a deep darkness that tend to have the most “Bad press’ following them. These are also the one who you will need to stand up for, and build up the most.

The leaders responsibility is to shepherd, (John 10), and if we imitate Christ in that way then part of our responsibility is to then lay down our lives for those sheep (John 10:15). For those that you know are above reproach, you may be required to lay your reputation, and perhaps your life on the line. Do you love your sheep? Do you know your sheep?

Now, the hope is that you already know the things from your team members past that might be a stumbling block to some. That becomes an advantage because if you know the struggles of your team members you can prepare you response in case the issue were to come up. This is especially important for people who struggle with larger struggles such as homosexuality or other habitual struggles. If you know what the struggle is you have time to comb through scripture and form a response. If the person no longer struggles with that your response is easy; “That was part of the old life, why does it matter?”

In Colossians 3:1-17 Paul encourages us to “Put to death what is Earthly in us” and “Put the new self.” As a leader we have a responsibility to encourage this kind of growth in our team members. Part of encouraging someone who is healing to put on the new man is by standing up for them. Psychology has proven that accusing a person who struggles or used to struggle with something can and probably will cause them to relapse. As a leader our job is to help them grow, not to cause a relapse. Positive thinking in the middle of an outside, or even an inside attack, will help benefit all involved.

Jesus was right when He said “A House divided against itself cannot stand.” A ministry where a leader goes with the crowds judgments instead of the leading of the Holy Spirit will fail if the leaders don’t stick by their decisions. Now that doesn’t mean you won’t have to investigate the matter because you may have too. Things like Alcoholism and Drug use can resurface, but if the accusations are false then you need to stick by your decision.