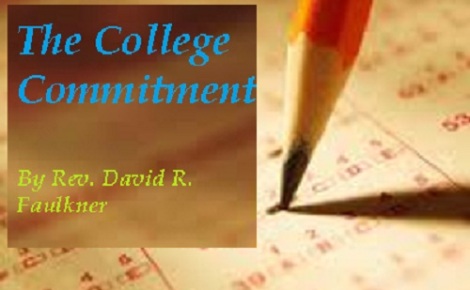 A week ago I sent an email message to the pastor of a very large and important church.  Like many large church pastors this man has a very large staff to help in the day to day ministries of his church.  He is also a published writer.  Sometimes it is possible to talk to such pastors.  I once had a phone conversation with Calvin Miller, who was “big” in the 1980s.  I wasn’t sure his this particular large pastor would respond, but it was obvious that, though his email address was on the church website,  the email went to his executive secretary, not directly to him.

It took eight days for a reply to come through.  Naturally, it was from the executive secretary.  The brief phone conversation I had requested would be impossible because the pastor was so busy.  I could ask my questions in another email and they would try to respond if they could.  The only problem with that is that, while the first question I wanted to ask could probably be answered easily enough in an email by a staff member, the second one is not necessarily something I want to put in a message read by even the most important of this man’s assistants.  This man and I went to the same seminary, and were there together for a year, but I can’t reach him directly.

I’m sure that, to those folks in that big church, I must seem terribly insignificant.  After all, they are in a large city where they don’t have to walk many steps to find crying needs they can address.  I preach in a tiny church in a village so small you’ll not find it on any but the most detailed maps.  I write for a website that still (unfortunately) counts its monthly “hits” in the hundreds, not in the hundreds of thousands, like we deserve :).  It’s hard not to wish to have more of what the world thinks of as “significance” or success.

We live in a world which increasingly worships bigness in its institutions.  I recall, as a student at Michigan State University, how proud the school was of its size.  At the time the East Lansing campus had the fourth or fifth largest student body in the country.  The Brody Cafeteria, which served the 8,000 students living in the Brody complex and also baked for the whole campus, proudly described itself as, “The largest non-military food service organization in the world.”  (For all that, they baked the best brownies I’ve ever had.)  I can still remember my six-digit student number, because usually numbers was all we were.

Now large churches are not necessarily bad things.  There are some things that only large churches can do.  They can mobilize large amounts of resources to address critical needs in their communities.  They can offer a wide variety of ministries to their members.  But there are dangers for them as well.  If they belong to a larger denomination they can easily forget the rest of the people in that denomination.  If the 50 or so huge evangelical churches in the Presbyterian Church (USA) had stood together for the truth fifty years ago, my denomination might not now be facing its present numerical decline as well as its continuing slide into irrelevance.  And, of course, it is easy for them to forget that the masses who attend and support it are individuals and can easily get lost in all that bigness.

Now if you want the ultimate in bigness, try God.  We’re talking about someone who both fills all things and sustains all things by his powerful word.  The expression “all things” includes, of course, those dim and distant galaxies stretching out for 15 million light years that we can only see with the Hubble Telescope, and that only with a “time exposure.”  That’s bigness which is beyond our ability to comprehend.  In all that the earth is hardly a speck of dust, less than a speck of dust, a molecule not even to be noticed.

Yet for all that, “Even the very hairs of your head are numbered,” (Luke 10:30).  God even cares about such insignificant things as sparrows and lilies (Luke 10:29; Matthew 6:25-33).  A couple years ago in this column we looked at Dr. Francis Schaeffer’s important book True Spirituality.  Schaeffer used to preach a sermon called, “If God Can Use a Stick of Wood.”  In it he talked about Moses’ staff.  What kind of tree was it made from?  What had Moses been doing with it all those years in the desert?  Yet God made powerful use of it in delivering the Israelites from Egypt.  He also published a book of sermons whose title was taken from what he regarded as the most important sermon in the book, No Little People, No Little Places.  As I recall, the premise of the sermon was that if God went to the trouble to make the birth of His Son known to a bunch of insignificant, uncouth shepherds, He surely cared about each of us.

In this context Luke 12:32 also comes to mind; “Do not be afraid, little flock, for your Father has been pleased to give you the kingdom.”  When it comes to inheriting the blessings of God, size and importance doesn’t matter a bit.  We are all important individuals to Him and none of us is so insignificant He overlooks us.  And despite what Garrison Keilor may have thought when he was growing up, God is not watching each of us in order to pounce on us and punish us for our least mistake, but to care for, help and encourage us.

This is not deep theology or doctrine that requires a lot of thought to understand.  But it is too easily forgotten in our fascination with bigness.  If our organizations have become too big to treat each person as an individual, they we would be better off to create a lot of small organizations/churches and all work together to accomplish the big tasks of the Kingdom.  So remember that no matter how impersonal the world around you becomes, God cares about you as a person.  And if you’re ever in a leadership position in one of those huge ministries, don’t ever forget the importance of each individual with whom you come into contact.  Programs are important, but without people there would be no programs, so ministry to people must be the one thing of which we Christian believers never lose sight.